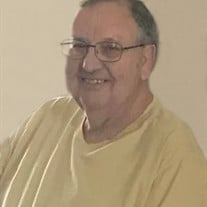 Albert Loy Fuller, Jr. age 72 passed away on Wednesday, November 4, 2020 surrounded by family. He was born on Wednesday, August 11, 1948 in Brownwood, Texas to Albert and Maebelle Fuller. Albert attended many schools where his father served in administration offices, graduating from New Summerfield and joining the US Army not long after. While the Army was not a lifetime choice, it certainly helped him meet the love of his life. He married Lorena Ryals, on June 16, 1970 in Gallatin, TN. He and Lorena made their home in Brownwood, Texas, where they raised their 3 children. Albert worked as a truck driver and store manager until his children were grown, when he decided to continue his education and pursue a career as an occupational therapy assistant. A career he retired from in 2018. Albert never met a stranger. He could truly talk to anyone and instantly make you his friend. He loved his wife immensely, never failing to show, express, and share that love with her. He showed this same love for family, teaching his children this love, along with the value of hard work, integrity, and many other life lessons and skills they’ll forever refer to. Albert attended every possible event his grandchildren were in from band competitions to softball, soccer, football, and graduations. He was there for his family and his very presence will be missed. He is survived by his loving wife of 50 years, Lorena; children, Shelly Bibb and husband Bob of Tolar, TX, James Fuller and wife Cindy of Brownwood, TX, Carrie McCleaf and husband Sam of Abilene, TX; 12 grandchildren and 6 great grandchildren with another on the way; sister Patsy Meyer and husband Bob of Sugarland, TX. He was preceded in death by his parents Albert and Maebelle Fuller; grandparents Joe and Della Carriger, and Lee and Minnie Fuller. No Services are planned at this time. A celebration of life is pending for a later date.

Albert Loy Fuller, Jr. age 72 passed away on Wednesday, November 4, 2020 surrounded by family. He was born on Wednesday, August 11, 1948 in Brownwood, Texas to Albert and Maebelle Fuller. Albert attended many schools where his father served... View Obituary & Service Information

The family of Albert Loy Fuller, Jr created this Life Tributes page to make it easy to share your memories.

Send flowers to the Fuller family.