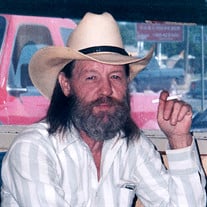 On Wednesday July 1st, 2020, Bobby Crouch a dear friend, father, and paw paw passed away in his current home at the age of 71. A Celebration of Life service with viewing and visitation will be at Heartland Funeral Home Monday, July 6, 2020 from 6:00 – 8:00 PM. Bobby was born on January 8th 1949 to Oscar Thomas Crouch and Mary Bernice Anderson Crouch Benson in Brownwood Texas. He grew up in the town of Brownwood with 7 brothers and 1 sister. He quickly ventured out on his own at the age of 14 to take on Ft. Worth with his cousin and to start working. He quickly learned landscaping and grain harvesting, from Ft. Worth to Odessa. After coming back to Brownwood, Bobby spent his young adult years wreaking havoc throughout the town and across the states on motorcycles with his wild friends and cousins. He had a love for motorcycles, music, and family. He spent over 40 years working various jobs as a backhoe operator at pump stations. In 1992 Bobby had his first heart attack, reluctantly retiring him and keeping him home, which never stopped him. Bobby spent a large amount of time playing rhythm, in a local band called Country Gold on Friday and Saturday nights. He spent his time playing music with his family, working on cars and motorcycles and watching westerns from the comfort of his living room. His favorite past time was going down to the local café to drink a cup of coffee and chatting with friends, or whooping up on everyone in a game of dominos. His children and grandchildren were the lights of his life. He was charismatic and as witty as they come. Bobby loved to pick on everyone about everything, and his laughter was just as infectious as you could believe, ask any cousin. Bobby was married to his beautiful wife Debbie for 39 years. They shared a home in Waco which they moved to in 2004, where they spent the last 15 years before moving back to Brownwood to be closer to his children. Bobby leaves behind his wife, Deborah Kay Odling Crouch; daughter, Sandy Leigh Crouch; granddaughter, Hallie of Brownwood; Son, Bobby James Crouch and wife Tina, grandsons Jared and Caleb of Brownwood; son, Jerry Lane Crouch and wife Treasure and grandson Hudson of Early; and daughter, Lacey Jay Crouch and fiancé Jake and grandchildren Brooklyn and Luke; brother, Verman Crouch of Brownwood, Lonnie Crouch and wife Debbie of Bangs, Troy Crouch and wife Deann of Brownwood, Damon Benson of Brownwood; sister, Cindy Alldredge and husband Tim of Brownwood; and 4 great grandchildren as well as numerous nieces, nephews, and extended family as he was loved by many. Bobby is preceded in death by his father, Oscar; Mother, Mary; Step Father, Robert Dale Benson; three brothers, Jesse Wayne Crouch, Thomas Glynn Crouch and Garland Doyle Crouch. Condolences, tributes and memorials can be shared with the family at www.heartlandfuneralhome.net

On Wednesday July 1st, 2020, Bobby Crouch a dear friend, father, and paw paw passed away in his current home at the age of 71. A Celebration of Life service with viewing and visitation will be at Heartland Funeral Home Monday, July 6, 2020 from... View Obituary & Service Information

The family of Bobby Dale Crouch created this Life Tributes page to make it easy to share your memories.

Send flowers to the Crouch family.