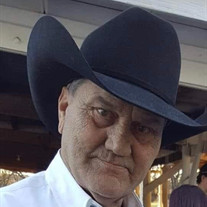 Carl Daniels Teague, age 66, of Mullin, Texas entered into rest on Thursday, March 17, 2022, peacefully surrounded by family in Mullin. Visitation will be held on Wednesday, March 23, 2022, from 6:00PM -8:00 PM at Heartland Funeral Home in Early, Texas. Funeral services will be held at 1:00 PM on Thursday, March 24, 2022, at Heartland Funeral Home, 303 Early Blvd, Early, Texas. He will be laid to rest in Rest Haven Cemetery in Brady, Texas. Carl Daniels Teague was one of 14 children of Lonzo Teague and Ida May Hunnicutt. He was born on September 28, 1955, in Austin, Texas. Carl was an entrepreneur /self-employed most of his life. Early within starting his business he had a tree removal service, with the help and support of multiple brothers, sisters and many nieces and nephews. In later years Carl was a scrapper, he bought and sold copper wire from many electric companies all over Texas, Oklahoma, New Mexico and Missouri, with whom he has made many friends. Carl's family meant the world to him and he loved them more than words can describe; his grandchildren were his world. This man never met a stranger and was ALWAYS the life of the party, the center of attention, and a jokester. Many would say he had the "gift of gab!" His laughter and joy was contagious, he would make you laugh until you cried! Carl loved people in general, was always willing to help, and was an over generous man, who would give you the shirt off his back. He was preceded in death by his parents; brothers, Lonnie Lee Teague, Billy Joe Teague, Carl Ray Teague, Floyd Teague, and Danny Ray Teague; and sister, Nellie Ruth Solise. He is survived by his 3 children: Jessie Ray and family, Roy Teague and wife Amanda, Tanya Elliott, as well as 7 grandchildren: Bryce Elliott, Grayce Teague, Preston Elliott, Ethan Teague, Landon Elliott, Hannah Teague, and Zechariah Teague; siblings, Steve Teague of Goldthwaite, Texas, Gracie Nell Shelton of Mullin, Texas, Nora Fay Teague of Brady, Texas, Wanda Lou Covey of Goldthwaite, Texas, Glory Nell Padgett of Mullin, Texas, Angelo Teague and wife Peggy of Brady, Texas, Marvin Teague and wife Jeanette of Brady, Texas. Along with several nieces and nephews who loved him dearly, and many great nieces and nephews whom he loved with his whole heart. Also, his last living aunt, Florence.

The family of Carl Daniels Teague created this Life Tributes page to make it easy to share your memories.

Send flowers to the Teague family.