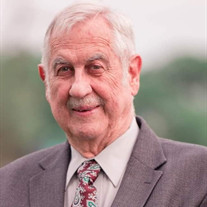 Carl Wes Williams was born on June 2, 1943, in Gatesville, Texas, to Guy Wes Williams and Edna Ruth Moffitt Williams. Carl's family moved to Comanche in 1947. His father died in November 1953, and soon after that Carl went to work. He rode his bicycle half a mile to Dodd's Wrecking Yard and worked for $1.00 a day, doing things such as sweeping, picking up tools, fetching drinks for the men, and sometimes, as he said, just hanging out. That was his first job at eleven years old, and he never stopped working. He and his mother struggled financially, and if he wanted something, he had to earn the money to buy it. In 1958, Carl went to work at Owl Drug Store, on the Southeast corner of the Comanche square, as a soda jerk and bus route caller. Up to his death he could still rattle off the stops that the bus would make after it left Comanche. Carl graduated from Comanche High School in 1962. He stayed for a little while to help his mother. Then he ventured off to live near his aunt and cousin in Fort Worth, where he initially worked at King's Candy Company. There he met and partnered up with a fellow worker to start a roofing business. The business dissolved when his partner was drafted in July 1963, and Carl moved back to Comanche. Carl always said the reason he got interested in working on cars was because the only way he could afford to have one was to buy an old clunker and work on it himself. Cars became his life's work. He took a job at Wright's Automotive Supply in the two-story building on the east side of the Comanche courthouse square. Carl married Barbara Lynn McFarling on May 3, 1969, in Comanche. The next year he became the manager of Wright's Automotive Supply. He managed that store until the Saturday before he opened Carl's Auto Supply at 300 E. Central on August 16, 1977. He always remembered that date very well because it was the day his idol Elvis Presley died. Jack Byrd was a limited partner in the store until his death in July of 1999. Jack's wife, Carmaleta, worked in the office and continued to work for Carl after Jack died. Carl and Barbara raised three sons in Comanche: Carl Mack, Jeff, and Michael. All of the Williams boys worked at Carl's Auto Supply in their youth and during their college years. Michael returned to the family business and became a partner and the manager of the store. Carl worked next to Michael at the store right up to his death. When the boys were young, Carl and Barbara were Boy Scout leaders. Carl was Cubmaster for Cub Scout Pack 47 and a Webelos Den Leader. He served on the Troop Committee for Boy Scout Troop 67 and remained Chairman for many years after his sons left scouting. He was very supportive of his wife's career and other activities. When Barbara wanted to pursue a master's degree at Texas Woman's University, and later a Ph.D. at Texas Tech University, Carl simply said, "How long will it take and how much will it cost?" Then he buckled down to take care of the boys when she had to be out of town. Carl was about work and family and community. He always supported community projects and fundraisers with his gifts and attendance. He was an active member of First United Methodist Church in Comanche. Carl was a founding and an active member of the Comanche County Car Club. Carl died in Comanche on January 21, 2022, at the age of 78, from complications following COVID. He was preceded in death by his father Guy Williams, mother Edna Williams, father-in-law Floyd McFarling, sister-in-law Julia McFarling, and 2 nieces. He is survived by his wife Dr. Barbara Williams of Comanche, Texas, his mother-in-law Bonnie McFarling of Albuquerque, New Mexico, and sons Carl Mack Williams and wife Joy of Durango, Colorado, Dr. Jeffrey Scott Williams and wife Patience of Durango, Colorado, and Michael Garrett Williams and wife Kimberly of Comanche, Texas. He is also survived by 7 grandchildren: Reagan Williams of Los Angeles, California, Kelsie Williams of Denver, Colorado, Matthew Martin of Comanche, Loch and Fable Williams of Durango, and Ryan and Sophie Williams of Comanche. In addition, he is survived by 1 sister-in-law and her spouse, 4 brothers-in-law and their spouses, 17 nieces and nephews and their spouses, and 21 grand nieces and nephews. Carl himself came from a very small family and was an only child, but he has always counted his cousin John Wilson of Fort Worth, all of his coffee shop buddies, church family, other dear friends, and the hundreds of treasured customers as a valued part of his life. In lieu of flowers, the family asks that you consider donating to The local scholarship fund established in honor of Carl. https://www.gofundme.com/f/carls-auto-supply-memorial-scholarshop Carl Wes Williams was the proprietor of Carl's Auto Supply in Comanche, TX, from its founding in 1977 until he passed in January 2022. This scholarship was established in honor of his life-long career in the automotive industry and his love of cars. Carl was always a strong supporter of the young people in the community, and his scholarship continues the legacy that he began. It is the family's hope to be able to continue his legacy though this scholarships for years to come as it is used to invest in training youth who want to pursue automotive or trade skill careers. Or The First United Methodist Church Comanche Stained Glass Window Fund FUMC Comanche, PO Box 88, Comanche, TX 76442

Carl Wes Williams was born on June 2, 1943, in Gatesville, Texas, to Guy Wes Williams and Edna Ruth Moffitt Williams. Carl's family moved to Comanche in 1947. His father died in November 1953, and soon after that Carl went to work. He rode... View Obituary & Service Information

The family of Carl Wes Williams created this Life Tributes page to make it easy to share your memories.

Send flowers to the Williams family.