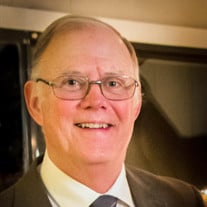 Dr. Dale E. Wheelis, D.D.S., 76, of Brownwood, Texas died earlier this week at his home. He is survived by his wife of 54 years, Ruth Lasater Wheelis, and his two children and their spouses, Matthew Wheelis (Tracy) of Marietta, Georgia, and Lee Ann Wheelis Lockridge (Eric) of Baton Rouge, Louisiana, and by four grandchildren, Abigail and Isaac Wheelis and Eva and Sofia Lockridge.  He is also survived by his sister and brother, Sue Ann Lurcott of Houston and Alan Wheelis of Blanket. He was preceded in death by his parents, Mrs. Phal and Dr. Paul Wheelis of Brownwood.  He was a lifelong member of First United Methodist Church where he served in many roles, and he was a member of the chancel choir for almost 50 years. Dale graduated from Brownwood High School in 1963 and attended Austin College and Southwestern University before graduating from the University of Texas School of Dentistry at Houston in 1970.  He was an active participant and leader in his profession, including serving as President and Secretary/Treasurer at varying times over the years of the dental society for the central Texas region, and was the area’s nominee for statewide Dentist of the Year in 1983. As a result of his extensive continued education and training, he earned the distinction of Fellow of the Academy of General Dentistry in 1984. He retired from active practice at the end of 2007. Dale was always heavily involved in the Brownwood community, starting with service as President of Friends of the Library in 1971-72, just after returning to town from dental school. He was elected to the BISD Board of Trustees in 1977 and served for 5 years. He was honored by the Brownwood Area Chamber of Commerce as Outstanding Man of the Year in 2001. Always interested in the arts, Dale chaired the Community Cultural Affairs Commission that sponsored the Pecan Valley Arts Festival in the 1980s.  More recently he volunteered for each of the 22 Stars of Texas Juried Art Exhibits to date. Dale was a long-serving member of the board of directors of the Lyric Theatre and was its Vice President in charge of facilities through and beyond the renovation of the Lyric into a modern performing arts space. He also served as the project manager for the renovation of the Robert & Florence Moore Lyric Performing Arts Studio when it was converted from retail space into the beautiful and useful facility it is today. Dale was a long-time member of the Brownwood Rotary Club and one of its predecessor clubs, Heart of Texas Rotary Club, including serving as President more than once.  He was particularly proud of the Rotary Club’s project that provides dictionaries to all the third graders in Brown County.  He took the principles of Rotary International’s Four-Way Test to heart, ensuring that all dealings were based in truth, fairness, and good will, seeking benefit for all concerned. Dale’s recent community work included volunteering in the food pantry at Good Samaritan Ministries as well as working with Brown County Home Solutions on its Legacy Village “tiny homes” project.  He was known to volunteer a story or two wherever he went—and to fix whatever needed fixing. It would be impossible to catalog fully the roles he played in Brownwood and in his wider civic and professional organizations.  Dale’s influence was wide and deep, both in his family and in the town, and he will be missed.  There will be no memorial service at this time. In lieu of flowers, memorial gifts may be made to the Brownwood Lyric Theatre, toward Rotary International’s efforts to end polio or to other organizations working to improve lives in this community and around the world. https://www.brownwoodlyrictheatre.com/donations.html  PO Box 1886 - Brownwood, TX 76804 https://www.endpolio.org/donate

Dr. Dale E. Wheelis, D.D.S., 76, of Brownwood, Texas died earlier this week at his home. He is survived by his wife of 54 years, Ruth Lasater Wheelis, and his two children and their spouses, Matthew Wheelis (Tracy) of Marietta, Georgia, and... View Obituary & Service Information

The family of Dr. Dale E. Wheelis D.D.S. created this Life Tributes page to make it easy to share your memories.