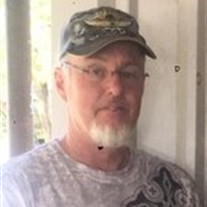 Edward Jay Wilcoxen Jr., age 54, of Brownwood, passed away on Tuesday, September 21, 2021. A memorial service for Jay will be held on Friday, September 24 at 2:00 P.M at Eastlawn Memorial Park. Jay was born to Edward and Edwinna Wilcoxen on September 29, 1966 in Brownwood. He graduated from Early High School then attended Angelo State University where he received his Masters Degree in Educational Leadership and Policy Studies. In his younger years, Jay was an avid golfer and fisherman. He also enjoyed cruising in his Monte Carlo SS. He coached football, basketball, and track at Spur, San Saba, Cross Plains, and Zephyr. Jay was a farmer; he ran cattle and had a passion for gardening. He was a jack of all trades and masterful welder. As a full time educator, Jay impacted the diverse youth in central Texas. He spent countless hours before and after school working with struggling students, counseled them on graduation, and provided hope and encouragement to those with no hope left. All who worked with Jay saw his dedication working in the evening and early mornings with students on virtual lessons during covid. He left a wonderful legacy for those lives he touched. Jay's biggest accomplishment in life has been his girls, Alex and Peyton. He treasured traveling to volleyball, basketball, track meets and other school activities the girls were involved in. Jay married Frances Renee Bennett on October 13, 2017. Jay and Fran never had a dull moment with his dry wit that he shared with those closest to him. He enjoyed every moment spending time and doing activities and crafts with Fran and the girls. Jay is survived by his wife, Frances Wilcoxen of Lake Brownwood; parents, Edward and Edwinna Wilcoxen of Early; and 2 daughters, Alexandra and Peyton Wilcoxen of Clyde; Aunts and Uncles; Ronnie and Cherry McCarrell of Buda, Kay Morgan of Brownwood, and Lawanda and Bob Todd of Neiderwald.

Edward Jay Wilcoxen Jr., age 54, of Brownwood, passed away on Tuesday, September 21, 2021. A memorial service for Jay will be held on Friday, September 24 at 2:00 P.M at Eastlawn Memorial Park. Jay was born to Edward and Edwinna Wilcoxen on... View Obituary & Service Information

The family of Jay Wilcoxen created this Life Tributes page to make it easy to share your memories.

Edward Jay Wilcoxen Jr., age 54, of Brownwood, passed away on...

Send flowers to the Wilcoxen family.