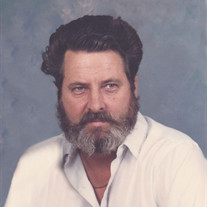 Frederick "Pete" Linus Ross, 83, of Brownwood, Texas passed away Wednesday, March 30, 2022. A visitation with family will be held from 3:00 - 5:00 PM, Sunday, April 3, 2022 at Heartland Funeral Home. Funeral Service in Heartland Funeral Home Chapel at 2:00 PM, Monday, April 4, 2022 followed by interment with military honors at Eastlawn Memorial Park. Pete as people knew him due to his sisters calling him that when he was just a kid was born February 24, 1939 to Frederick and Verna (Bock) Ross in Milledgeville, Ga. He attended school locally and left high school to join the United States Navy in 1956. Pete served in the U.S. Military for 30 years receiving many awards and commendations including the National Defense Service medal; Vietnam service medal with 3 Bronze Stars; Republic of Vietnam Campaign Medal; Vietnam Gallantry Cross Unit Citation; Armed Forces Expeditionary Medal; good conduct awards for both Army and Navy, Shellback & Golden Shellback. He received an honorable discharge from the US Navy at retirement in 1986. Pete was discharged from the Navy and went to the Army for four years before returning to the Navy for the remainder of his career. Pete enjoyed old cartoons, westerns and war movies, board games, especially dominos, 42, backgammon, cribbage and other games. He often spoke of the beach he surfed when he was younger and his '55 Chevy hot rod. After retirement, he worked as a diesel mechanic for Ryder Systems Inc. where he once again retired. He then worked at Wes T Go on Coggin Avenue until health reasons forced his final retirement in 2015. He affected a persona of a grouchy curmudgeon, but once you got to know him, he was a kind caring person who at times could be an incorrigible flirt. He was devoted to his wife and children, grandchildren and later a few great grandchildren. Pete is survived by his daughter, Michelle Davis and husband Patrick of Brownwood; sons, David Ross of Brownwood & Paul Ross and wife Christine of Austin; granddaughter, Haley Henry of Brownwood; grandsons, Eric Ross, Ian Davis of Brownwood and Anthony Ross of Denton; 5 great grandchildren; and many nieces, nephews and friends. Pete was preceded in death by his wife, Janice Ross; his parents, Frederick Malcolm Ross and Verna Tarwater and a sister, Marcy. In lieu of flowers the family has requested donations be made in Pete's name to the American Lung Association, https://www.lung.org/get-involved/ways-to-give Online condolences, tributes and memorials can be shared with the family at www.heartlandfuneralhome.net

The family of Frederick Linus "Pete" Ross created this Life Tributes page to make it easy to share your memories.

Send flowers to the Ross family.