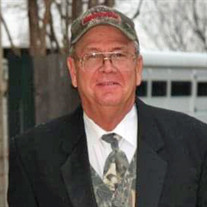 Guy Bob “Papa”, “Pop” Shults age 70 of Early, Texas received his wings and met his lord and savior on Sunday January 31, 2021. Guy Bob was born April 20, 1950 in Crane, Texas the only child of Guy Remington and Emma Donahoo Shults. The son of a Texaco Pipeline worker, Guy Bob moved around and attended schools in New Mexico and graduated from Katy High School in 1969. In high school Guy Bob was the catcher on the baseball team, an avid steer showman, hunter and loved to rope & rodeo. After his dad passed, Guy Bob and his mother moved back to Brownwood where Guy Bob attended Howard Payne University. Guy Bob met the love of his life, Debbie Winsett, when he went shopping for his daily Dr Pepper at the Brownwood Dairy Mart in 1969. Guy Bob and Debbie married August 21, 1971 in Early, Texas. They were blessed with 2 children, Jennifer in 1975 and Shaun in 1978. Guy Bob worked for 3M, FMC, and retired from the Texas Youth Commission after 32 years of service. His family, children and grandchildren were the most important part of Guy Bob’s life and he cherished every moment he spent with them, from a ball game to a dance event all the kids knew Guy Bob as Papa. Guy Bob was a man of service and served his church and community well. Guy Bob was a man of few words and could cure anything with just a touch of his gentle hands or his famous bear hugs. He loved sporting his purple shirts for Early and all his Longhorns. He served as a deacon at Early Church of Christ for 36 years and in the Early Volunteer Fire Department for 45 years. Guy Bob is survived by his wife Debbie of 49 years; daughter Jennifer Connelly Behringer and husband, Mike; son Shaun Shults and wife Molly; ShaunnaKay Connelly-Simpson and husband, Austin; Emma Kate & Guyer Connelly, Reagan & Cooper Shults, Cameron Connelly Weiser, Shelby, Elizabeth & Brandin Behringer; one great grandson Miles Browning; mother-in-law Jean Baker and brother-in-law Randy Baker. Guy Bob was preceded in death by his parents, Guy Remington & Emma (Donahoo) Shults and son in law, Clint Connelly. In lieu of flowers the family requests that donations be made to the Clint Connelly Memorial Scholarship for upcoming Seniors attending trade schools or university, Early Volunteer Fire Dept. or Early Church of Christ.

The family of Guy Bob Shults created this Life Tributes page to make it easy to share your memories.

Send flowers to the Shults family.