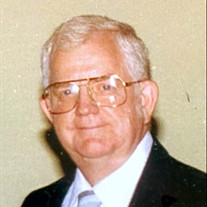 John Wiley Finney, Jr, of Weslaco, Texas passed away November 24, 2020 in Rising Star, Texas after an extended illness. His family was by his side as he slipped peacefully into God’s arms. Wiley was born April 3, 1936 in Scottsboro, Alabama. He worked on the family farm before enrolling at Auburn University, graduating with a degree in Agriculture. He married the love of his life, Peggy Marie Green Finney, and soon had a son, John Wiley Finney, III. He served in the U.S. Army Reserve as a tank gunner. He entered on duty with the U.S. Department of Agriculture as an Inspector at the Port of Entry in Laredo, Texas and soon transferred to the U.S. Customs Service. After rising through the ranks, he accepted the position as Port Director at Progresso, Texas in 1977. He served there until his retirement in 1997. Wiley met many people throughout his career and was respected as an Inspector, leader and mentor to many. After retirement he and Peggy continued to serve their community as election officials and as volunteers with the Knapp Memorial Hospital Auxiliary for many years. He and Peggy were also very active in the Central Christian Fellowship Church in Weslaco. He really enjoyed working with and interacting with the Rio Grande Valley Community. He touched lots of lives and had the best friends and neighbors a man could ever hope to have. Wiley was preceded in death by his parents, John and Nanny Finney and his beloved wife, Peggy. He is survived by his sisters, Doris Levie of Harvest, Alabama, Martha Petty of Tucson, Arizona, his son and daughter-in-law John and Vanessa Finney of Rising Star, Texas and grandchildren Cody Cardenas and Taylor Twombly. Also, many nieces and nephews he truly adored. The family wishes to thank Dr Roger Heredia for his many years of compassionate care, the Howard Bloomquist family and congregation of Central Christian Fellowship Church for their love and spirituality, the staff and volunteers of Knapp Memorial Hospital Auxiliary for their friendship and benevolence, and the staff of Interim Hospice and Hill Country Health Care for easing us all with tenderness and respect through Dad’s final days. After cremation, his ashes will be laid to rest next to Peggy’s at Pinehaven Memorial Gardens in Hollywood, Alabama. In lieu of flowers, donations to the Myasthenia Gravis Foundation of America or the Alzheimer’s Association will be appreciated.

John Wiley Finney, Jr, of Weslaco, Texas passed away November 24, 2020 in Rising Star, Texas after an extended illness. His family was by his side as he slipped peacefully into God&#8217;s arms. Wiley was born April 3, 1936 in Scottsboro, Alabama.... View Obituary & Service Information

The family of John Wiley Finney, Jr. created this Life Tributes page to make it easy to share your memories.

Send flowers to the Finney family.