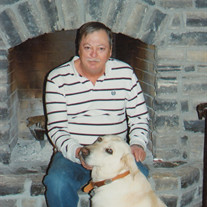 Dr. Larry Dale Ehrke left his Earthly body and entered the gates of Heaven on Friday, March 4, 2022, in Abilene, surrounded by his family, at the age of 67. Although we know he is at peace with his Lord and free of pain, his loved ones will miss him dearly. Larry was born to Jack and Gaenell Ehrke in Brownwood, on June 20, 1954. He graduated from May High School and went on to attend Tarleton State University. He then attended and graduated from Texas Chiropractic College in Pasadena, TX. After achieving his degree, he spent 40 years practicing chiropractic medicine in Brownwood, following in the footsteps of his father and grandfather before him. Owning and continuing his family legacy was his pride and joy. Additionally, Larry, along with his father, Jack and brother, Howard, spent many years farming cattle and crops, which was very near and dear to his heart. Caring for animals was incredibly important to him, and some in the family even referred to him as Dr. Doolittle. He enjoyed taking his dog, Chloe on evening rides and walks, with his cats following closely behind. He attended Blanket United Methodist Church and enjoyed farming, golf, gardening and fishing. He also spent nearly two decades on the Board of Directors of the Brown County Fair Association serving the youth of Brown County. During that time, he spent two terms as president of the Fair Association. The most important thing to Larry was his family. He loved them with all his being. On December 3, 1983, Larry married Judy and took Brenda and Eric as his own children. He loved and cared for them until his dying day. He was extremely proud of his children, grandchildren and great-grandchildren. Some of their fondest memories are of him teaching them how to fish (and in most cases getting the fish off the hook). He loved his parents, siblings, and nieces and nephews greatly. Larry was preceded in death by his mother, Gaenell Ehrke, his grandparents, Joy and John Ehrke, and Dollie and John Stewart, mother and father-in law Jane and Grover Reat, and numerous aunts and uncles. He is survived by his loving wife of 38 years, Judy, father Jack Ehrke, daughter Brenda Cartwright and husband Marc, son Eric McNeese and wife Sarah, sister Jackie Stansbury and husband Tommy, brother Howard Ehrke and wife Burnadene, sister Connie Teal and husband Tommy, grandchildren Toni Hill and husband Cory, Cora, Liam and Rory McNeese, great-grandchildren Evan, Ryder, and Charli Jo Orton, Kourtney and Cory Hill Jr, and many loving nieces, nephews, special friends, and his extra special furry baby girl Chloe. In lieu of flowers, please consider donating to Blanket Methodist Church Scholarship, Corinne T. Smith Animal Center or St. Jude's Children's Research Hospital.

Dr. Larry Dale Ehrke left his Earthly body and entered the gates of Heaven on Friday, March 4, 2022, in Abilene, surrounded by his family, at the age of 67. Although we know he is at peace with his Lord and free of pain, his loved ones will... View Obituary & Service Information

The family of Dr. Larry Ehrke created this Life Tributes page to make it easy to share your memories.

Send flowers to the Ehrke family.