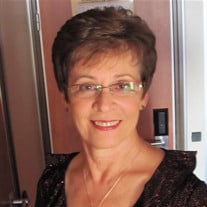 Born March 23, 1943, to her parents Bert Chapman and Mary Louise Pelton in Brownwood, Texas, passed from this world on Monday, March 20, 2022. Mary attended school in Brownwood. She married the love of her life, Kenneth Dewayne Thomas on August 1, 1970, while he was stationed in Fort Hood. They were married for 51 amazing years. Mary worked with orthodontic Drs. Arthur & Richard Forment starting in 1979. After Dr. John Oliver bought their practice in the mid 1980s, she worked with Dr. Oliver for over 20 years and met most of the youth of Central Texas that came into their offices for braces. Mary and Ken spent almost every Thursday evening for 20 years ministering to the kids at the Brownwood State School. Mary always put God first in her life She enjoyed hunting, fishing at their lake home, spending time with her family and traveling the world with Ken. Whether they were cruising the oceans or driving from Texas to Vermont & Maine to see the fall foliage or to Montana & South Dakota to visit Yellowstone & Mount Rushmore. Always by Ken's side, they only missed seeing Iowa & Wisconsin. Mary was preceded in death by her husband, Ken and her parents. She is survived by her daughter, Dianne and her husband Steve Fryar of Brownwood, brother Dan Chapman and wife Deloris of Early, brother Mike Chapman and his wife Sherry of Brownwood, Granddaughter Kaitlyn and her husband Tim Peevy of Early, two great-grandkids and several nieces and nephews and lots of great friends. Mary was an awesome Godly wife, mother, grandmother, great-grandmother, mother-in-law and friend anyone could have ever met. Her dedication to her church, Freedom Fellowship, lasted for over 45 years. So many people have attributed their walk with God to her. In lieu to flowers, please donate to the Freedom Fellowship Church in Early.

Born March 23, 1943, to her parents Bert Chapman and Mary Louise Pelton in Brownwood, Texas, passed from this world on Monday, March 20, 2022. Mary attended school in Brownwood. She married the love of her life, Kenneth Dewayne Thomas on August... View Obituary & Service Information

The family of Mary Thomas created this Life Tributes page to make it easy to share your memories.

Send flowers to the Thomas family.