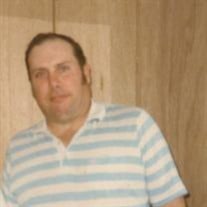 Richard Dukes, 77, of Comanche, passed away Friday April 16, 2021. Richard will be remembered in a graveside service at Oakland Cemetery of Eastland County, officiated by Keg Gibson, under the direction of Heartland Funeral Home of Comanche. No family visitation period is planned. Condolences to the family can be left online at www.heartlndfuneral home.net. Richard Ellsworth Dukes, 77, of Comanche, went to be with his Lord and Savior on Friday April 16th, 2021. He was born July 29, 1943, at Lakehurst, NJ, to Herman W.W. "Tex" and Mildred Lucille "Jill" (Day) Dukes. Richard graduated from Mar Vista High School in San Diego, CA. Being the son of a Naval Officer, he lived in many places. Richard loved Hawaii the most but considered Corpus Christi, Texas, his home. Richard landed a job at the Navy Commissary and then moved to the Naval Exchange where he met Janice Dorene Mitchell and after a short courtship, he proposed. They were married May 19, 1967 at Emmanuel Baptist Church of Corpus Christi, TX. Richard received his Draft Notice in August and decided he would enlist in the Regular Army. He was sworn in August 24, 1967, then received his training at Ft. Polk Louisiana. Christmas leave of 1967 was given and Richard spent it with the family. A flight from San Antonio, TX, took him to Vietnam, where he served a year tour of duty before being stationed in Germany. He served there until August of 1970 where Richard completed his enlistment with the Army and was Honorably discharged. At home in Corpus Christi, Richard was reunited with Janice and they began their civilian life. While there, he worked at Commercial Motors Body Shop in Aransas Pass until Richard and Janice moved to Comanche in March, 1973. Richard's Military service awarded him the National Defense Service Medal, Vietnam Service Medal, Purple Heart, Good Conduct Medal, and Vietnam Campaign Medal. Richard was employed by Gold Kist Peanut Company - Comanche, Golden Peanut Plant - Comyn, which later became Archer Daniels Midland. He enjoyed his 34 years of service there before retiring. Richard loved to watch the Dallas Cowboy's games, "March Madness" basketball, going fishing, and working puzzles. Richard is survived by his wife of 53 years, Janice Dorene Mitchell Dukes; son, Mitchell Ellsworth Dukes and wife Kristi; daughters, Deborah Dorene Dukes and Shaena Renee Dukes; granddaughters, Stormi Mitchelle Staley and husband Brandon, Rayni Diane Dukes; great grandchildren, Justin Mitchell Staley, Kannon Dukes; brother, Ronald E Dukes and wife Janet; sister, Rita E. Dukes; brother-in-law, Carrol Mitchell and wife Susan; numerous nieces and nephews. He is preceded in death by parents, Herman "Tex" and Mildred "Jill" Dukes; brothers-in-law, Robert Mitchell and Douglas Mitchell

Richard Dukes, 77, of Comanche, passed away Friday April 16, 2021. Richard will be remembered in a graveside service at Oakland Cemetery of Eastland County, officiated by Keg Gibson, under the direction of Heartland Funeral Home of Comanche.... View Obituary & Service Information

The family of Richard E. Dukes created this Life Tributes page to make it easy to share your memories.

Send flowers to the Dukes family.