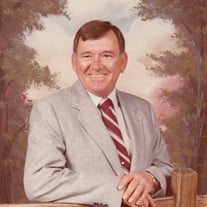 Richard Alvy Modawell, 84, of Brownwood, crossed the Great Divide back to the Lord on June 27, 2020. A visitation is planned for Sunday, July 5, 2020 from 2:00 until 5:00 PM at Heartland Funeral Home. The funeral will be held at 10:00 AM Monday, July 6, 2020 in the Heartland Funeral Home Chapel with interment to follow at Eastlawn Memorial Park. Richard was born into this world on January 11, 1936 in Santa Anna, Texas to his parents, Robert Alvy and Jocia Ilene (Bouchillon) Modawell. Richard spent his years on earth bringing joy to others! He never met a stranger, never turned his back on anyone, and never failed to lend a hand to anyone in need. His sense of humor carried him throughout life and he was never short on wit or humor. Richard Graduated Brownwood High School in 1954 and married his adoring wife, Wanda Maxine Hinesly on September 2, 1955. He enlisted in the US Navy Reserves while still attending high school and served until his honorable discharge in 1961. His early employment was spent as a police officer in Brownwood and as route salesman for Coca Cola. Richard joined the Breckenridge Masonic Blue Lodge #492 on June 11, 1957. He served in all stations including Worshipful Master of the Edna Masonic Lodge #767 in 1978. He followed the Masonic principals of Love and Charity to the highest capacity until his final days. In 1957, he left Brown County when he went to work for Magnolia Oil/Mobile Oil, working all over Eastern New Mexico and South/West Texas in Geophysical, Oil Exploration, Off Shore and finally Gas Processing, retiring in 1996 after working 35 years. Richard returned to Brown County to raise cattle, play on his tractor, and drive his truck in the mud. He was highly successful at all his endeavors. Richard is survived by his adoring wife, Maxine Modawell of Brownwood; children, Delores Drake of Port Lavaca, Debbie (Curtis) Kellar of May, and Richard and wife, Linda Modawell of Lakeland, Florida; sisters, Frances (Bob) Hager of Savana, GA, Barbara Green of Brownwood, Mary Goodgion of Stephenville; 7 Grandchildren, 12 Great Grandchildren and 4 Great-Great Grandchildren. Richard was preceded in death by his father Robert Alvy Modawell and step-mother Pauline Sharpe Modawell and his mother Jocia Ilene Modawell, step-sisters Jackie Derrick, Jo Ann Holt, Paula Bludau, Terry (Raymond) Valdez. Step brothers Billy Ray Sharpe and Joe Bob Sharpe. Richard filled the world with joy and laughter and in his passing, he wished for that joy and happiness to carry on. As the ocean tides ebb and flow, so does life. As we traverse our time left here on Earth, we will carry with us what he has taught us. Joy and happiness to all! The family is asking that donations be sent to Calvary Baptist Church in lieu of flowers. Calvary Baptist Church, 1719 9th St., Brownwood, Texas 76801.

The family of Richard Alvy Modawell created this Life Tributes page to make it easy to share your memories.

Send flowers to the Modawell family.