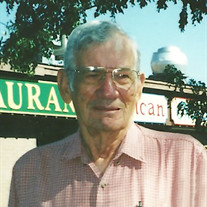 Robert Glenn Bradford, passed away on Tuesday, May 18, 2021 peacefully at his home in Zephyr, at the age of 91. Bob was born Tuesday, March 25, 1930 in Gorman to V. W. and Gladys Bradford. He attended Colmeen Grammar School through the 8th grade. Bob married Dorene Marlys Nelson on November 14, 1952 in Red Wing, Minnesota and began a life together that blessed them with 6 children. After serving his country in the Korean War, Bob worked in the oilfield all of his working career. He eventually built a successful oilfield construction company in Levelland. He and Dorene retired to Zephyr in 1985, where they personally built their house and shop with help from family and friends. Bob loved his wife Dorene more than life. He was a loving parent and a doting grandfather who held his family to the high standards by which he lived. He loved animals. There was always at least one dog sitting next to him. He loved to tinker, rebuilding equipment, maintaining his property and taking care of not only his pets, but also the wild animals that lived nearby. Bob was someone you could always count on in a pinch or for a good game of dominoes. He was a favorite brother and uncle and will be greatly missed. Bob was a member of the Zephyr United Methodist Church and the Veterans of Foreign Wars. Bob is survived by his 3 daughters, Deborah Guelker of Colorado City, Barbara Lewis and husband Brett of Colorado Springs, Colorado, Kathryn Novak and husband Robert of Pittsburgh, Pennsylvania; 3 sons, Steven Bradford and wife Marti of Amarillo, Ronald Bradford and wife Elaine of Beaumont, and Donald Joe Bradford of Zephyr; 2 sisters, Sue Davis of Houston, and Judy Jacks and husband Royce of Comanche; 12 grandchildren and 2 great grandchildren. He is preceded in death by his beloved wife Dorene Nelson Bradford; his parents, Vinos William and Gladys Perkins Bradford; son-in-law Tommy Guelker; 3 sisters, Jean Aslakson, Bettye Aslakson and Jodie Madison; 3 brothers, Vinos Garland Bradford, Gerald Mack Bradford and John L. Bradford. In Lieu of flowers the family requests that donations be made to Corinne T. Smith Animal Center, 3016 Milam Dr. Brownwood, Texas 76801.

Robert Glenn Bradford, passed away on Tuesday, May 18, 2021 peacefully at his home in Zephyr, at the age of 91. Bob was born Tuesday, March 25, 1930 in Gorman to V. W. and Gladys Bradford. He attended Colmeen Grammar School through the 8th... View Obituary & Service Information

The family of Robert Glenn "Bob" Bradford created this Life Tributes page to make it easy to share your memories.

Send flowers to the Bradford family.