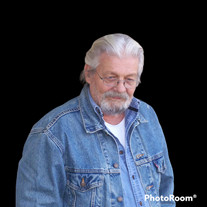 Robert "Bob" Ernest Davis, age 82, of Blanket, Texas, passed away Friday, March 18, 2022. Cremation is under the direction of Heartland Funeral Home in Early, Texas. Bob was born to Hilda and Albert Davis on December 7, 1939 in Latrobe, Pennsylvania. After graduating from Greenburg High School, Greenberg PA, Bob went to technical training for the military. He was in the Marines for 4 years, and in the Army for 18 years. He continued to work for the secret service during the Nixon administration clearing rooms before the President's entry. He was in the Explosive Ordinance Disposal Unit. Bob retired from the service in 1978. Bob married the love of his life, Nelda Havner, on December 11, 1981 in Lovington, New Mexico. Throughout their marriage, he worked for the House of Wheels for 2 years, the Ross Company for 2 years, and drove a semi with Nelda for 4 years all over the country. Together, Nelda and Bob shared the love of traveling to all 50 states. Bob was an avid lover of motorcycles; he was one of the founders of the Christian Motorcycle Association. Bob is survived by his wife, Nelda Davis; children, Tammy Lajoie and husband Marc; Donald Davis, Beth Ann Shook and husband Steve; stepson, Rodney Johnson and wife Jackie; 9 grandchildren; 7 great grandchildren; and sister, Connie Alwill. He was preceded in death by his stepson, Jackie Johnson.

The family of Bob Davis created this Life Tributes page to make it easy to share your memories.

Send flowers to the Davis family.