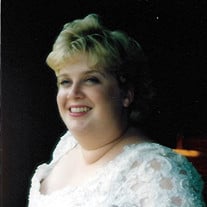 Shannon Leigh Belk Weems 5/18/1970 – 5/8/2020 Shannon was born May 18, 1970 in Bowling Green, Kentucky to James Dewey Belk (1947-2017) and Mary Ellen Jones Belk (1946-2013). She has three siblings, James Burton Belk and Mary Virginia Rowe of Bowling Green, Kentucky and John Paul Belk of Charleston, South Carolina. Shannon’s dad was in the Navy and then a traveling minister so the family moved around a lot. She spent parts of her childhood in Kentucky, Florida, Maryland, Georgia and Alabama. By the time she was in High School the family had settled in Bowling Green Kentucky. While in high school she started the career, Movie Theater Manager that would eventually bring her into Contact with her future husband Brett David Weems. They were married July 9th 1996 in Nashville, Tennessee. Brett and Shannon have two children: William Christian (22) who is a senior at Kettering University in Flint Michigan and Hope Gwyneth (19) who is at home. She was also step mother to Amber Kaye Weems of Hamilton, Texas and Benjamin Michael Weems, Benjamin’s wife Gloria and step grandmother to Ben’s son Jacob and step-sons Timothy and David. While William and Hope were young Shannon exchanged her career in Movie theaters to focusing on raising them and worked in Child Care in Tennessee and later in Michigan when the family moved there as a result of Brett’s work. When Hope reached school age in Michigan, Shannon began work toward her ASN in Nursing and graduated from Mott University with Honors in 2012 and gained her RN. After receiving her degree and attaining her RN she began her Nursing Career by working with the Elderly in Nursing homes. Simultaneous with their move from Tennessee to Michigan in 2001. Shannon became very active in with Mount Hope church, first in Childcare in Lansing and then transitioning to Youth ministry when the family moved to Grand Blanc in 2006. In 2013, Shannon was a member of the Mount Hope team to One Nation One Day in Honduras. The following year she joined the Mount Hope team supporting the Abused Girls conference in Panama City, Panama and finally joined the One Nation One Day Dominican Republic 2015. On returning from what would be her final mission trip and having seen how God moved in other countries she made the transition to Hospice for Kindred in Flint. In this role she was often the last person to offer the Salvation through Jesus Christ to the dying. She did not always succeed, but likely brought hundreds into the Kingdom while handling as many as 5 deaths in a day. In summary, Shannon was a servant, modeling the Kingdom every day to her family as Daughter, Wife, Mother, Step Mother, Step-Grandmother, and then to everyone she came into contact with through caring for Children, Serving in Ministry, as a Missionary and as a Warrior for the Kingdom in bringing the lost into the Kingdom at the last possible moment. She will be greatly missed by all who knew her. This world is a little darker without the light of her passion. We will not know the full extent of the reward she gained in this life until we meet again.

The family of Shannon Leigh Weems created this Life Tributes page to make it easy to share your memories.

Send flowers to the Weems family.