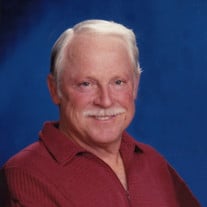 Born October 13, 1938, Vern Cray was the youngest child of Edith Anna and Glen Cray of Fairview, Montana. A natural born country boy, Vern spent his early days in rural Montana before leaving school, then home, at age 15. California had called him, and through a series of not so grand adventures and quick decisions, Vern joined the United States Navy in 1957. One 4 year tour aboard the USS Lexington air craft carrier proved enough for him, and upon return to civilian life, he attended barber college and beauty school, and settled in Escondido, California. Vern had nimble hands and hair dressing proved a prosperous career choice, a complete contrast to his former training as farm boy and air craft mechanic. Several years in Southern California left him restless and weary. This was the beginning of his hatred for what he called the rat race. Turbulent times were upon the nation, and like many in the late 1960s, soul searching took up a great part of his time. It was around 1968, in a tent revival in Los Angeles that Vern discovered faith in Christ as his own and a real and deep dissatisfaction with the world blossomed. Another series of moves and more not so grand adventures ensued, and by 1975 Vern had settled in Brownwood, Texas where his 6 children grew up. It was there he made his living doing general carpentry and wood cutting. In 1989, he moved to Washington State, where he met the love of his life, Cheryl. They shared many happy years together. He worked as a pipe fitter there for many years. In 2020, Vern returned to Texas and lived in Bangs until his passing on August 20, 2021. Vern was a dreamer, builder, and believer. He really did hate the rat race and trusted neither politicians, governments, nor doctors. He enjoyed good food, homegrown tomatoes, lemon meringue pie, and tiny glasses of cheap table wine. He was a man of many words, and he spoke simply and honestly. He was especially good at solving all the world's problems and planning your life for you. Famous words of Vern were, "you know what you should do is..." He was full of one line witticisms, from the slightly embarrassing, "sit down you make the place look trashy" to the always wise encouragement to "keep it on the sunny side." The words of Jesus were his strong hold, "for they are spirit and life." He clung to the promises of eternal life some sweet day, and an abundant life in the here and now. "Have you ever read," he would ask over dinner, "how Jesus came to heal the broken hearted, to destroy the works of the devil, to reveal the truth of the Father." He was generous to a fault, often giving more to the least of these than they deserved, yet never asking anything in return. Knowing signs and wonders followed those who believed, Vern spent hours searching the evening skies for celestial messages. His love for bluegrass music prompted an eclectic collection of instruments, some of which he could play, some gathered dust. He was truly one of a kind. Preceded in death by seven siblings, and many lifelong friends, Vern is survived by his wife of 32 years, Cheryl A Cray and his children. Kevin Cray (Shannon) of Weatherford, Kristine Cray Martinez (Steven) of Wellsville, Kansas, Tim Cray (Ronda) of Waco, Jon Cray (Jodi) of Weatherford, Stephanie Cray Northup (George) of Granbury, Cyndi Cray Hill (Dan) of Midland, and step-son Darren Hanning (Tammy) of Kennewick, Washington, together with their families will miss Vern every day. Nineteen grandchildren and two great granddaughters, many nieces, nephews, and neighbors mourn his passing.

The family of Vern Cray created this Life Tributes page to make it easy to share your memories.

Send flowers to the Cray family.